After a two-day break for new-year's eve, I'm continuing my 100 days of writing challenge. Today, I decided to visit one of the biggest libraries in Berlin - Berliner Stadtbibliothek (translated as Berlin City Library). There are a few things you can do on a Sunday in Berlin, if you are up for it. This is the only library I could find open close to me, and suprisingly it's the central one.

This building holds a fair amount of history. It was co-financed by the USA after the Soviet downfall, in fact the entire library complex was created after unifying the Amerika Memorial Library and the Berlin City Library.

There is a huge collection of books, CDs and audio media related to a variety of topics here and most of it is in German with a share in other languages like English, Latin, French and Persian. The topics vary from philosophy, psychology, religion, history, music, theatre and many more.

You can also use computer desks that are present at the centre of the library and workstations lined up along the back windows. I am writing this at one of these workstations. 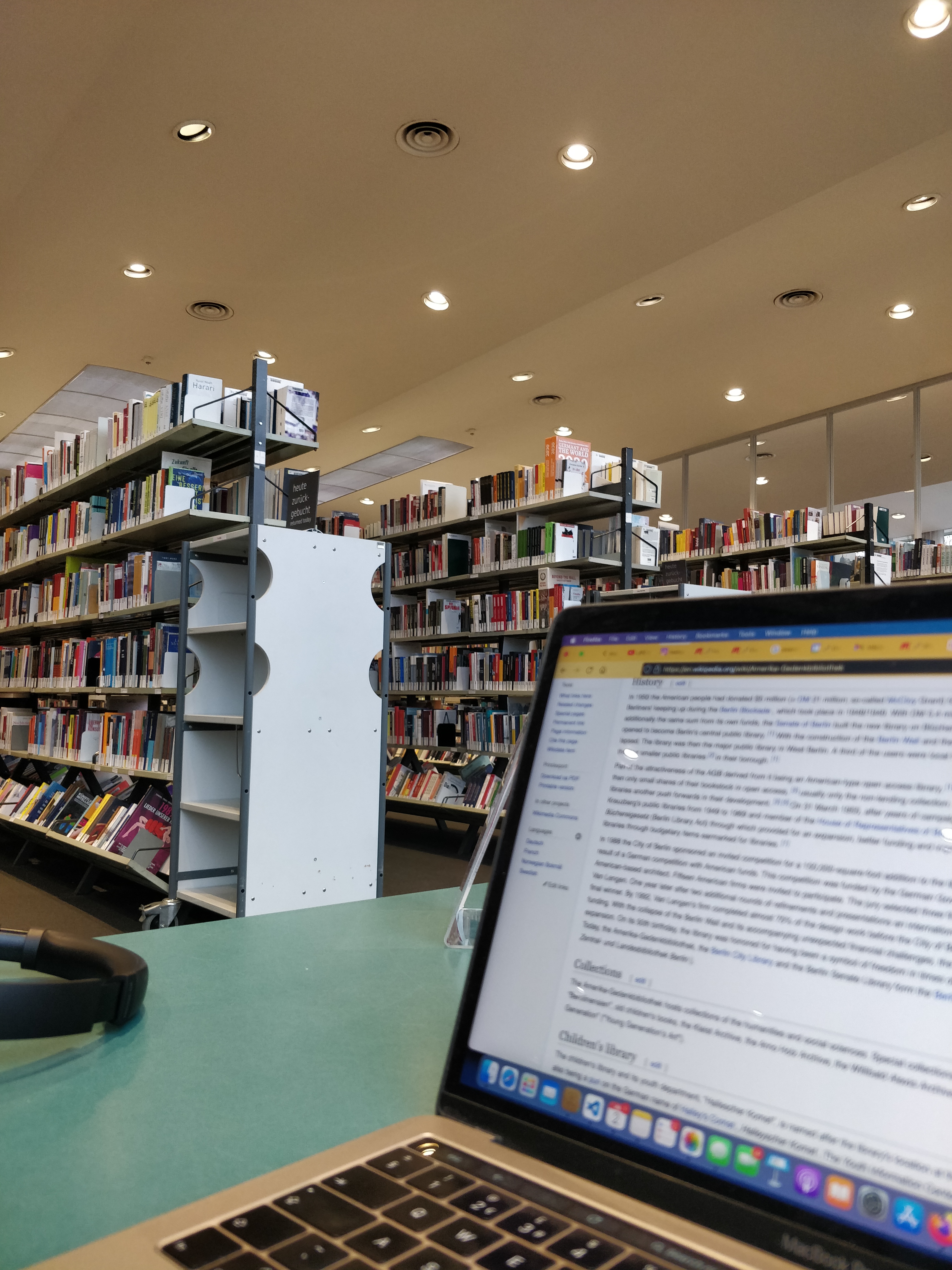 My reading list was limited to a small English section, though if you have something particular in mind, you can also use the computers at each book shelf to search for the piece. It allows you to search across the network of public libraries and mentions if the book is currently available with the exact location (column and bookshelf number).

I picked up The People Look Like Flowers at Last by Charles Bukowski. I haven't read any of his previous works but knew that he was popular for his writings. This book is a collection of free form poems which tell Bukowski's day-to-day life, with a touch of his thought about the world and society. 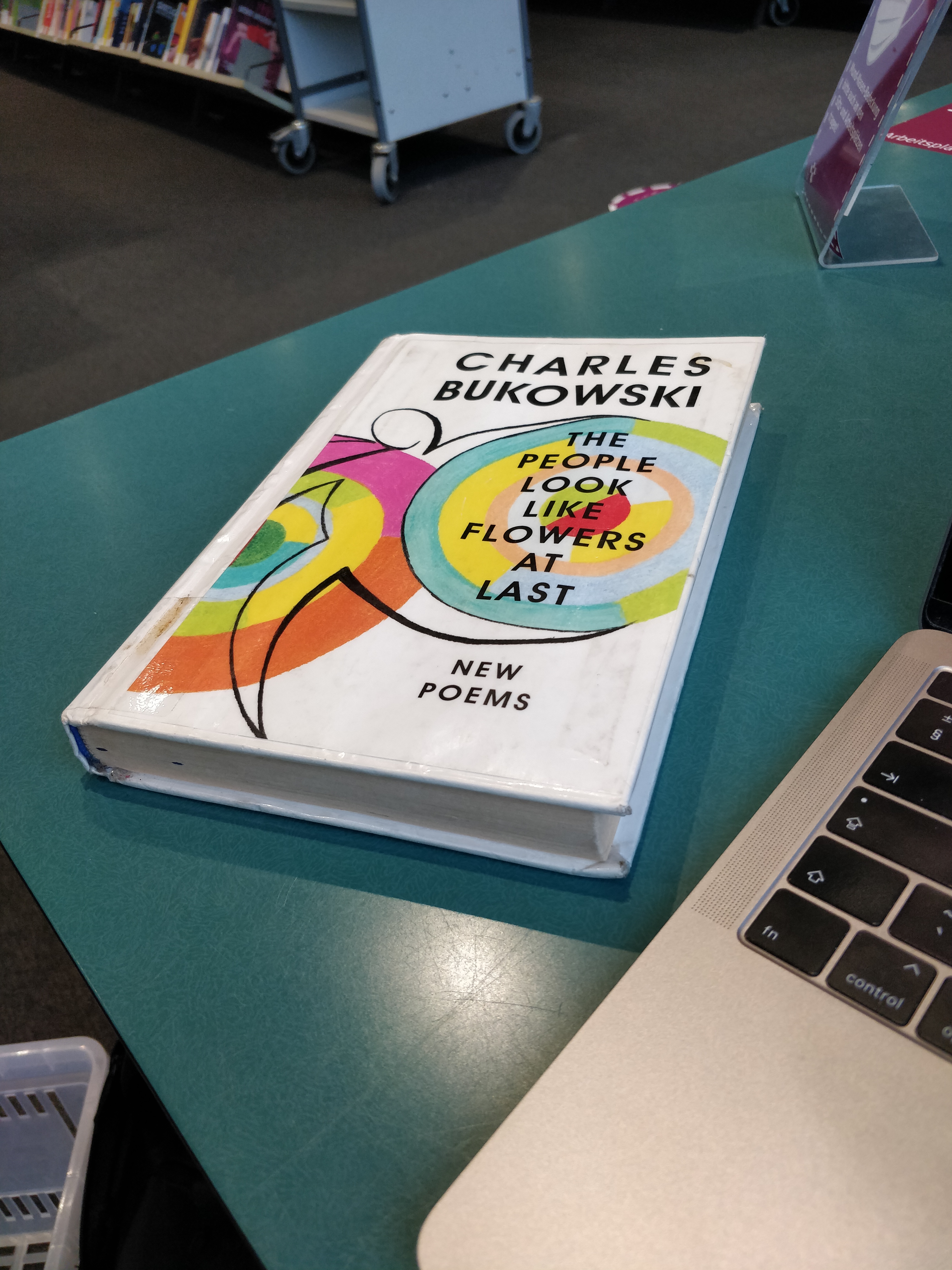 Upon reading more about him, I found out that Bukowski wrote largely about the common American. Though this short encounter with him will not create a clear picture of him for me, but I can see how his works stand out of the "academic" ones.

One of the poems that I found beautiful was a description of this small cafe where he would go to eat in the afternoon. It had plate glass walls and sunlight would come in as he had his coffee. There would be others as well, but no one would bother each other. I like such places, you are among people, yet you are with yourself.

I am sure there are several great pieces in this book, but I did not go through them all, I'll give it a read some time later.

The library is a great place to come and spend your Sunday if you want to write or read in peace but are bored of your regular workstation. You'll have the ambient noise of people chatting in the background, and cars passing by outside the window.

There's a cafeteria in the library as well, though it was closed today maybe due to Covid19 restrictions, or because it was a Sunday. On the ground floor, there's a kid's section. I took a stroll and returned. Overall, this is a good place to spend a few hours, and even more if you have something specific to write/read.