Music, oh music, how beautiful are you to surprise me every time in a different way. I am fortunate to be able to hear such beautiful creations that were created by great artists over time. Every track has a story, a meaning; some have gorgeous lyrics and some speak simply with their sounds.

I discovered one such piece last weekend that I absolutely fell in love with. I haven’t heard a lot of classical music, the one from 19th Century European musicians, but this one was an instant hit for me. It’s called Fantasia by Schubert.

Franz Schubert was an Austrian music composer who lived around the late Classical and early Romantic eras. Fantasia is one of his famous works that was published posthumously by his family. I came across this piece in the movie Another Round, which was an interesting movie. And I think what resonated more was that in the movie, which revolves around a group of four friends, Fantasia is introduced by one of the friends and they just sit and listen in silence - and one of them also points out how he gets goosebumps - something I experienced at the moment as well! I think this heightened my interest.

This track is played with two pianists together. When I listened to it, I lost myself in the layered story that the track echoes. There’s a longing, a yearning for something that is out of reach, but still close, and you can feel it.

Surprisingly, when I read the story behind this piece, Schubert had dedicated this to one of his pupils, Caroline, with who he was madly in love. But it was unrequited, he could not express it, so he would play it on piano. How hard it is already to put emotions into words, and this man put it into music. 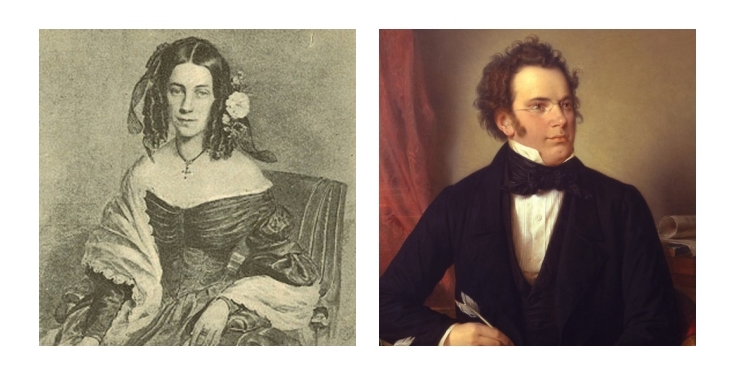 Hats off to such music, our ears and minds are blessed.